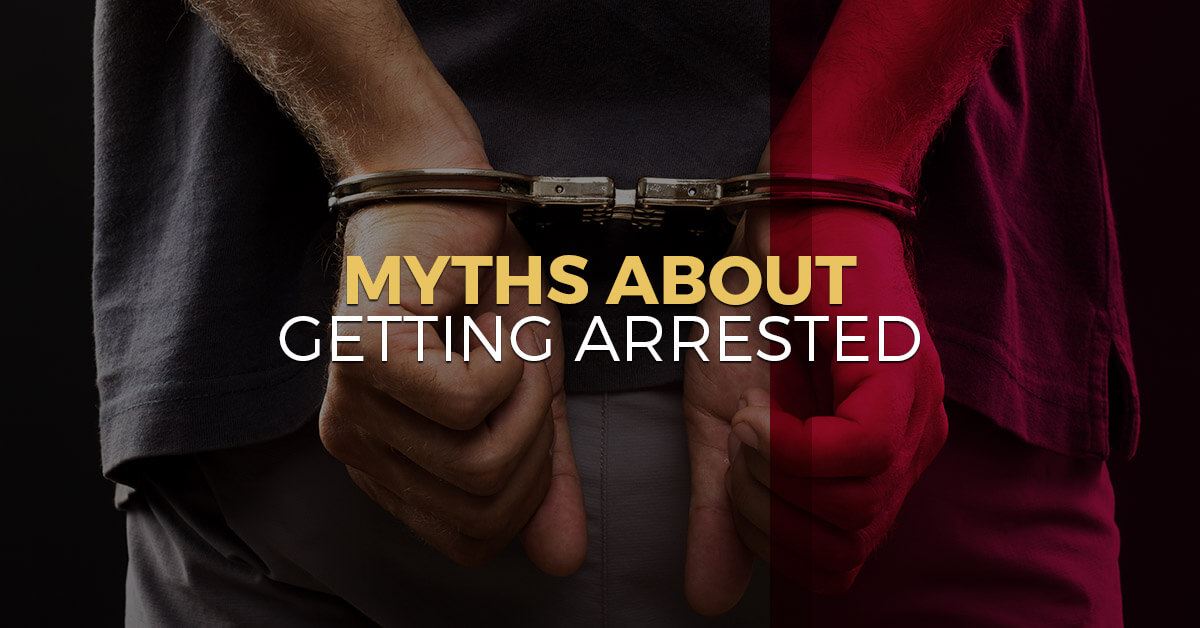 If you enjoy cop shows such as Bones, Law And Order, and countless other shows about police officers, then you probably think you know what to do when faced with a legal situation. You probably have a plan mapped out in your head in case you’re pulled over. You can recite the Miranda Rights, as well as know that any evidence that’s found without a search warrant can’t be used in a court of law. However, due to the numerous TV shows out there about criminal lawyers and law, there are many myths floating around about what cops can and cannot do. In today’s blog, we’ll be diving into the myths about getting arrested and debunking how you think you can act when you’re confronted by the police.

FOUR MYTHS YOU THOUGHT WERE TRUE

THE POLICE HAVE TO READ YOU YOUR RIGHTS

In 1966, there was a case called Miranda v. Arizona. This case went to the Supreme Court and is one that made a landmark decision in the United States. Basically, the case addressed that any responses or statements made during an interrogation by someone in police custody would be admissible during a trial only if the person in custody was informed of his or her right to speak to a lawyer before and during the interrogation. The person in custody must understand the rights, but also waive them voluntarily.

However, it’s a myth that a police officer has to read your rights whenever they talk or question you. In the case of Miranda v. Arizona, it’s specifically a criminal defendant and ensuring he or she knows their rights after they are taken into custody and after they are asked the usual detainee questions. If this is violated, then what is said to the police while in custody cannot be used in a court of law. Most of the interactions you have with a police offer are not in custody and you aren’t prevented from leaving.

YOU HAVE TO TALK TO THE POLICE

Since we live in a free country, you don’t have to say anything that you don’t want to. However, many people think that they have to talk to the police. You can choose to make a statement or to answer questions inquired by the police, but you are under no legal obligation to speak to the police or a prosecutor or answer their questions. If you decide to speak to a cop or a lawyer, then you have to be honest and you can’t mislead them. If you lie or mislead them, then you can be arrested for the obstruction of a case. Keep in mind, if you refuse to answer questions or cooperate, then it doesn’t mean you are misleading or lying during a police investigation and is not considered to be an obstruction.

ANY DECEPTION BY THE POLICE IS ENTRAPMENT

Entrapment is when you are tricked into committing a crime by someone to secure your prosecution. First, entrapment is very hard to prove. Even though it’s widely known, it isn’t used as a legal defense very often even though it’s recognized as an affirmative one. If you can prove entrapment, then you can’t be convicted of the crime, even if it can be proven that you committed the crime with which you’re being charged with. Entrapment is thought to be a crime if you’re lied to, deceived, or tricked by an officer of the law. Entrapment is when you are forced into committing a crime against your own free will or you were coerced. For example, if an undercover cop told you a story that appealed to your emotional side and coerced you to do it, then it’s different than simply asking you to do something illegal.

Roselle & Breitigam, P.C. is a law firm that has criminal lawyers who can help represent you when you’re on the wrong side of the law. Our focus areas range from felony and misdemeanors to probation revocation and theft and property charges. If you need a criminal lawyer, then call to make an appointment.