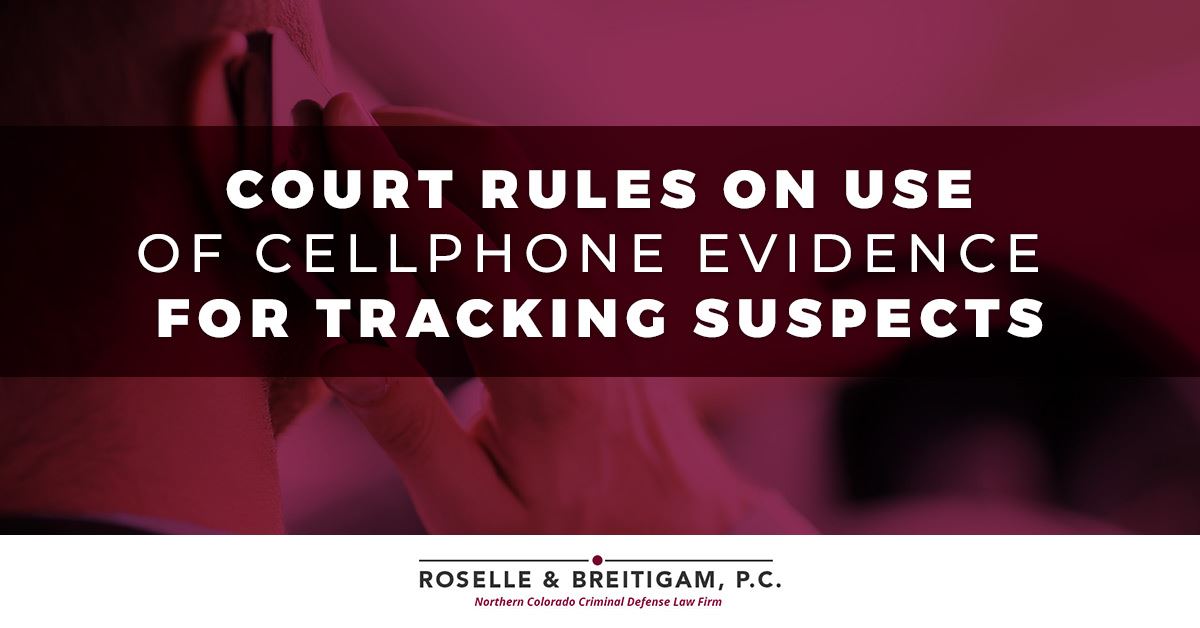 A Florida court recently limited the use of data from cellphones as evidence. This holding will likely influence similar decisions in Colorado, as it is one of the first on a novel subject area.

Need to get directions to a friend’s house, double check where a doctor’s office is located or make a call to check on the status of a medication? There is likely an app for that. Although these applications and technological advances make our lives easier, they can also cause headaches. Aside from technical hiccups that fuel annoyance, the data from these devices may be used by enforcement officers to collect evidence of wrongdoing.

LAW ENFORCEMENT USE OF CELLPHONE EVIDENCE

Generally, police are required to get a warrant before they can conduct a search. Unfortunately, whether or not a warrant is required for gathering evidence available from cellphone towers has proved murky territory. Officers can use technology to decipher this data and locate and track individual phones without assistance from cellphone companies. This allows cops to gather information about a person’s location, allowing officers to track potential suspects. A recent article in Wired discussed this phenomenon, and noted officers have used evidence gathered in this manner to support a warrant to search that individual’s vehicle or home. In some cases, officers were not disclosing where the evidence was gathered. Instead of telling judges the evidence used to support the request for a warrant was gathered from this technology, referred to as “stingrays,” officers have told judges the information came from “confidential” sources.

This practice was recently questioned in court. Ultimately, the judge presiding over the case held that officers must receive a warrant prior to tracking potential suspects in this manner.

The case, Tracey v. State of Florida, involved individuals that were charged with drug crimes based on evidence gathered with the use of this technology. Officers were able to track the suspects using this technology and gathered enough evidence to support a warrant. The warrant led to a search which resulted in the officers finding illegal substances. This evidence led to the charges mentioned above.

The holding applies specifically to Florida cases. However, it provides precedent at a time when courts across the country will begin hearing similar cases. As a result, civil rights advocates like The American Civil Liberties Union argue that this holding could influence future rulings. As a result, our criminal lawyers are expecting the ruling could extend to influence decisions here in Colorado.

The case also provides an opportunity to revisit basic constitutional rights. The constitution provides for protection against unreasonable searches and seizures. Any evidence gathered in violation of these protections is generally not allowed in court. This can lead to a reduction or dismissal of charges. Establishing that these rights have been violated can be difficult. As a result, those who face criminal charges are wise to seek the counsel of an experienced criminal defense lawyer. This legal professional can review the details of your case and build an appropriate defense, increasing your odds of a more favorable outcome.