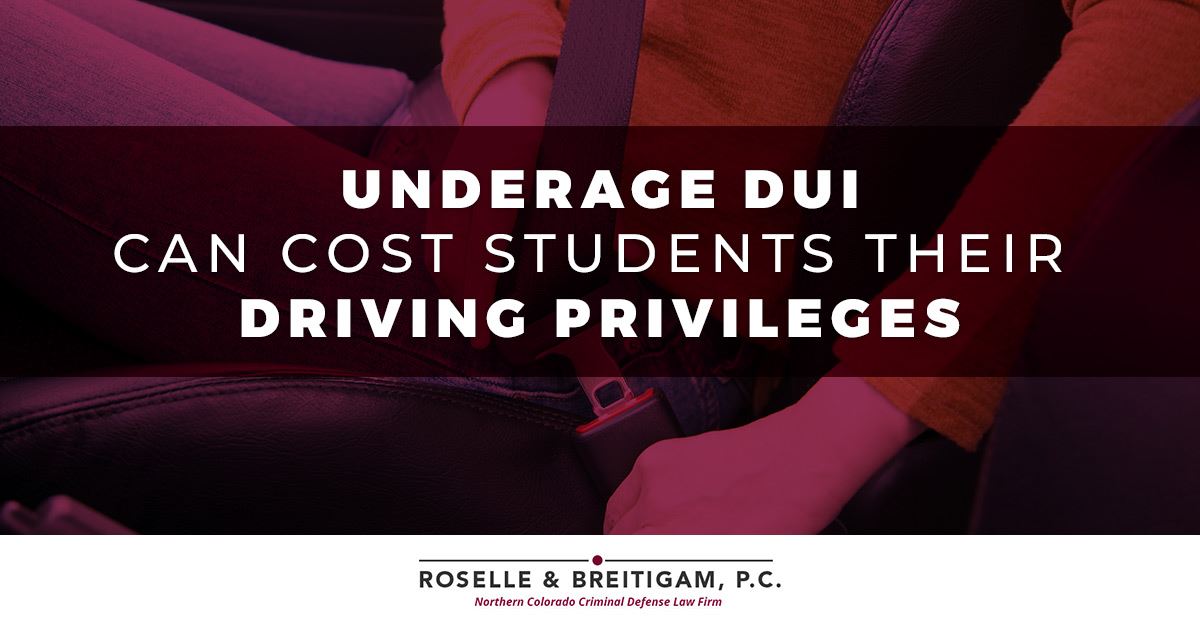 A DUI ATTORNEY CAN HELP

This is a very busy time of the year for high school and college students. Classes have begun, and many students will have busy social calendars. Friends and family may be commemorating the kick off of the school year, which gives these students plenty of opportunities to celebrate.

If under the age of 21, students need to be aware of some of the potential consequences that may result if they try to drive after having consumed alcohol. Law enforcement officers are out in full force at this time of the year because of the number of teens who may be drinking and driving.

According to a survey performed by the U.S. Census Bureau, 23 percent of driving-aged teens nationwide admitted to getting behind the wheel after drinking or using illegal drugs. Federal and state officials have long studied methods of trying to get these attitudes toward drinking and driving to change.

The laws for underage DUI in Colorado mean that those who end up convicted will face very serious penalties. This may include the loss of driving privileges, as well as other penalties that can make it difficult for teens to get back on the road.

The court may also decide to require the motorist to perform community service, as well as attend alcohol evaluation classes. Any additional offenses will increase the points assessed against the individual’s license, and will result in a longer license suspension.

A motorist under the age of 21 may be charged with underage drinking and driving if his or her blood alcohol content is 0.02 to 0.05. If the motorist is above 0.05, he or she may be charged under the same drunk-driving laws that apply to adults. This could mean that the individual will be facing more severe penalties if convicted.

If a motorist is stopped by police, the officer may begin a DUI investigation if signs of impairment are observed. The officer may ask the underage motorist to perform field sobriety tests, and may also administer a breath test on the driver. If the driver refuses to take the breath test, he or she will be facing a license suspension due to Colorado’s implied consent laws, no matter how the court case is resolved.

Those facing drunk driving charges should consult an experienced DUI defense attorney to assist them in preparing a strong defense. You have rights, and it is important that you understand what you need to do to ensure that those rights are protected. If you or a loved one has been charged with drunk driving, you need to be prepared for what is going to happen next. Contact a professional DUI attorney using the form to the right.