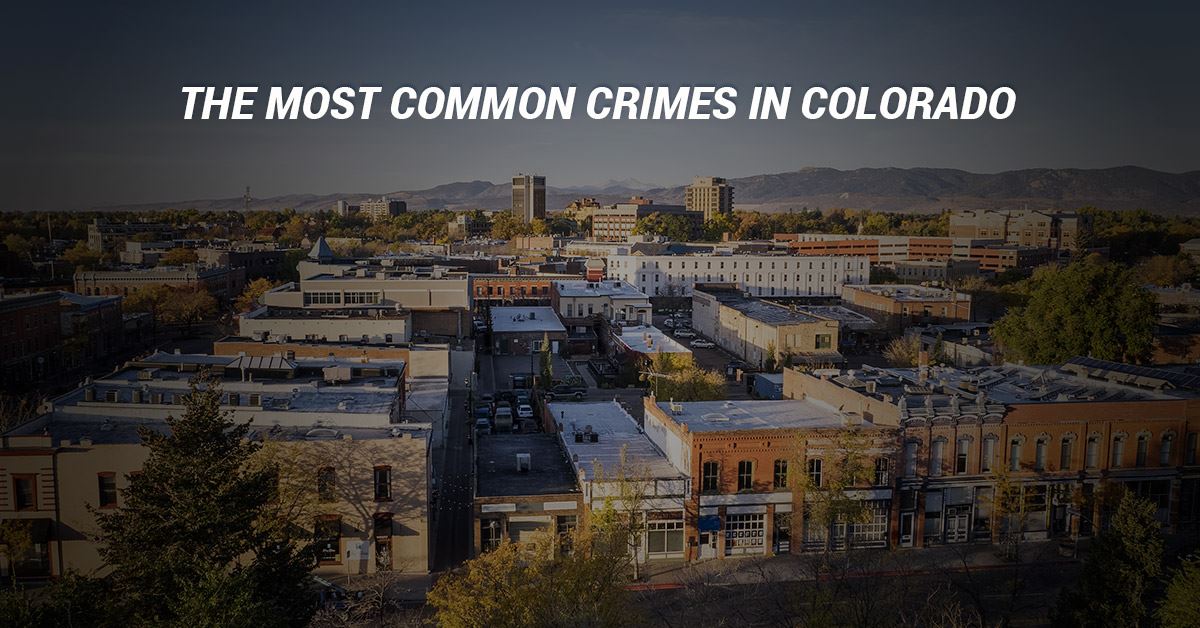 Colorado is a relatively safe state to live in, though it could be better. According to a 2016 study done by WalletHub, Colorado ranked 35th out of the 50 states for safety. Unfortunately, major crimes happen on a daily basis in our state, and our criminal lawyer in Fort Collins has seen it all. But what’s the most common crime to occur in Colorado?

MOST COMMON CRIMES ACCORDING TO THE CBI

The Colorado Bureau of Investigations released its report on crimes in the state in 2015, as reported to them by various law enforcement agencies in the state of Colorado. The CBI provides crime statistics that go back to 1998, giving us a pretty clear picture of how crime averages have risen and fallen in the last nearly two decades. In their 2015 report, the CBI specifically looked at eight felony offenses:

Of these offenses, larceny was the most common crime. Larceny is the theft of property, and in the state of Colorado, you can be charged with petty theft, misdemeanor theft, or felony theft depending on the value of the goods that were taken. Many of these larceny charges were likely due to shoplifting offenses, one of the most common crimes in the state. Interestingly, auto theft is another common offense with 15,932 cases being reported last year. That’s an incredible 27.7% gain over numbers reported in 2014, so car theft is clearly on the rise in the state. In fact, all of these crimes saw an increase from 2014 to 2015, which isn’t entirely surprising given the number of people who have moved into the state in the last few years. More people means more crimes. You can see the full report on criminal offenses in 2015 on CBI’s website.

ARE YOU FACING CHARGES?

The eight offenses on the Colorado Bureau of Investigation’s report don’t even begin to account for the myriad of other offenses people in our state face every day. There are more than 25,000 DUI arrests every year, thousands of drug arrests, and many other misdemeanor offenses. If you are facing charges in the legal system in Colorado, you need to make sure you have competent, experienced representation on your side. Look for a criminal lawyer who has experience working with clients who have faced similar charges in the past. Don’t talk to anyone until you have your legal representation present.

If you are facing one of these criminal charges or another charge in the Fort Collins area, our criminal lawyer can help. Schedule an appointment or contact us for a free consultation today. We offer non-judgemental, experienced legal help for criminal charges in Colorado.