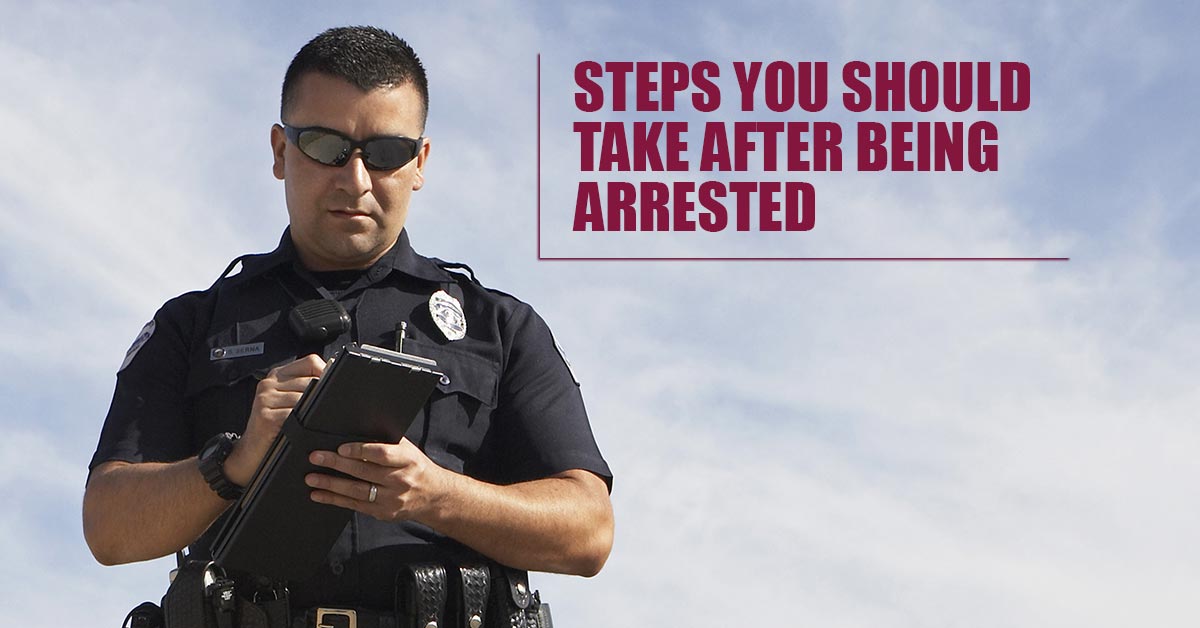 Being arrested can be a terrifying experience. Sometimes, you are aware that the charges are coming and can anticipate being picked up by the police or charged with the crime. Other times, these charges might feel like they’ve come out of nowhere and take you by surprise. Either way, though, being arrested and charged with a crime is stressful and can create a lot of chaos in your life. There are a number of things you can do after you’ve been arrested in order to help yourself get through this experience a little easier.

WHAT TO DO WHEN BEING ARRESTED

Remember, being arrested and being charged are two different things and they may happen at different times. Being arrested means you are being taken into custody on the suspicion of a crime; you may still be released without being charged. When you are charged, it means the prosecutor feels they have enough evidence against you to convict you of a criminal offense. In either case, it’s important to follow these steps.

This is easier said than done, but it’s important. It’s easy to panic when the handcuffs go on and end up fighting the police, talking back to them, or even revealing too much about yourself or the charges without realizing what you are doing. Take a deep breath and be polite towards the officers. At the end of the day, they are really just doing their job.

While politeness will go a long way and the cops may just be doing their jobs, that doesn’t mean you should believe anything they tell you. Part of a police officer’s job is to get information out of you regarding the crime they believe you’ve committed. They are legally allowed to give you misinformation in order to try to get you to talk or to learn more information. Do not believe what they tell you.

DON’T TALK TO ANYONE.

Don’t talk to the arresting officer, don’t talk to any officers at the station, and don’t talk to anyone in the jail cell. You can be polite but refuse to discuss yourself or the case with them. You don’t know what information you might accidentally reveal to an officer that might damage your case when and if it goes to court. It’s best to avoid making a mistake by simply and politely requesting your attorney.

ABOVE ALL, CALL A DEFENSE ATTORNEY

This is the most important thing you can do when you are being arrested or being charged with a crime. If you are taken into an interrogation room, let the officers know you would like your attorney present. Once you’ve made the request, they shouldn’t ask you any more questions until your defense attorney arrives. If they do, do not answer their questions and simply repeat your request for legal counsel. It might feel scary to stand up to the police in this manner or you might think you don’t need a lawyer if you are innocent, but you are well within your legal rights to only speak to the police when you have a lawyer present. Make use of that right and you’ll stand a much better chance of having a positive outcome to your case later on.