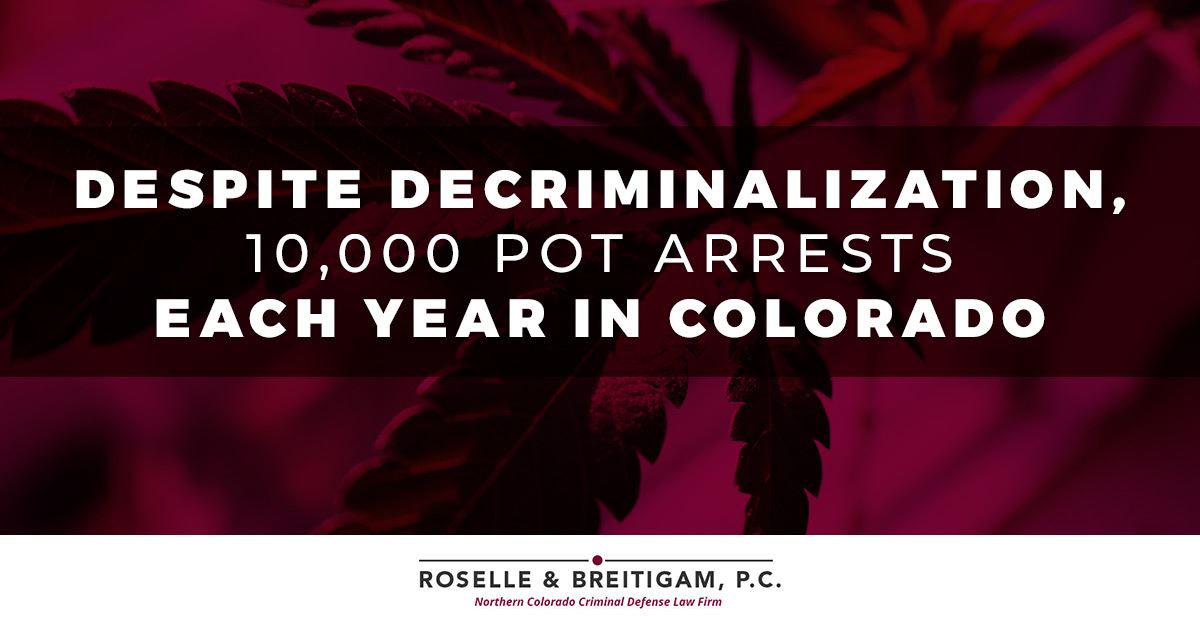 In Colorado, possession of small amounts of marijuana has been decriminalized since 1975, but that does not mean that it is without legal risks. In fact, a recent report based on FBI data found that Colorado police now make more than 10,000 marijuana arrests each year, more than double the number made in 1986.

Under current Colorado law, possession of less than two ounces of marijuana for personal is a petty offense. Contrary to what the name implies, being charged with a petty offense can have serious and potentially life-altering consequences. People charged with marijuana possession in Colorado are required to appear in court, and those who fail to appear can face additional criminal charges punishable by a $500 fine and six months in jail.

Another potential issue for people charged with possession of marijuana in Colorado is that some cities have their own laws that treat marijuana possession more harshly than state law. This means that the consequences of marijuana possession can vary depending on where in the state a violation occurs and whether prosecutors decide to charge an individual under state or municipal law.

Along with potential legal consequences, marijuana charges in Colorado can also affect other important aspects of a person’s life. An arrest for marijuana possession creates a criminal record that is easily viewed by employers, credit agencies, landlords, schools and other entities. This may interfere with a person’s ability to find employment, enroll in school, rent an apartment or secure a loan for a major purchase such as a home or car.

In November 2012, Colorado voters will weigh in on Amendment 46, which proposes legalizing and regulating the sale of marijuana for recreational use to adults age 21 and older. If the amendment passes, it would give state and local governments in Colorado the ability to tax and regulate marijuana sales in much the same way as alcohol and tobacco.

Supporters of Amendment 46 believe that legalizing marijuana could add up to $22 million in tax revenue and save the criminal justice system an estimated $60 million, the Associated Press reported. Some opponents believe the potential economic benefits are exaggerated and fear that legalization could make the drug more easily available to teens. However, proponents argue that regulating the sale of marijuana and requiring ID for purchase could actually create more obstacles for teens than currently exist in the illegal market.

People facing criminal charges for marijuana or other drugs in Colorado should seek help from an experienced criminal defense lawyer who can help protect their rights and pursue a favorable resolution to the case.