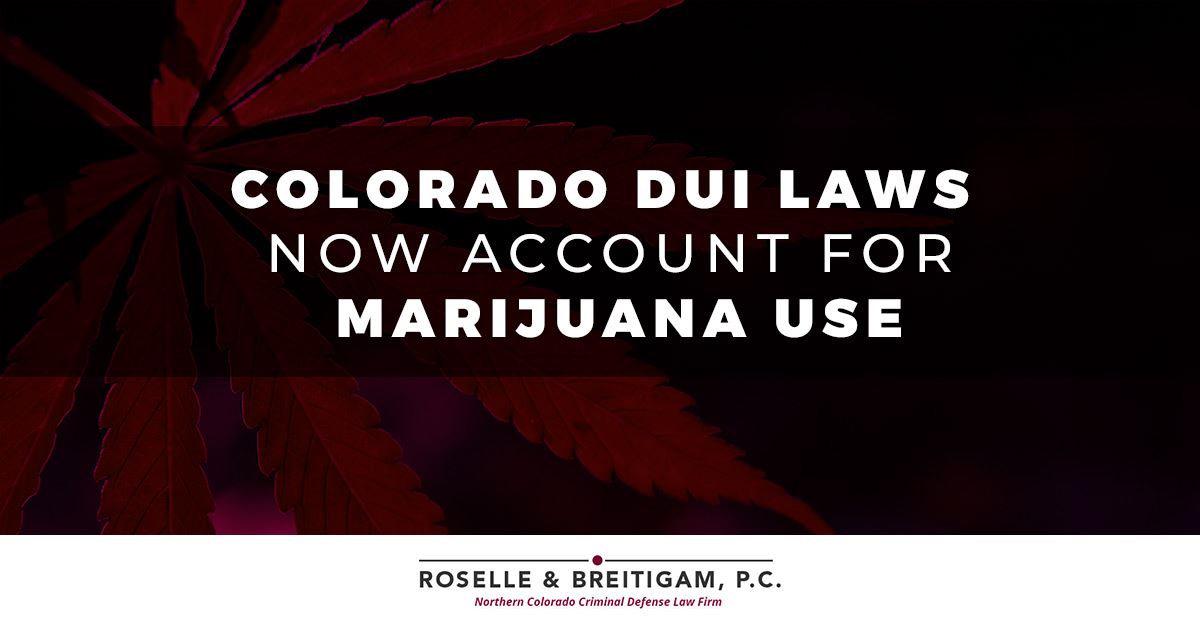 Last year, Colorado voters made history when they approved a constitutional amendment aimed at legalizing the possession and use of small amounts of marijuana. While this vote was certainly a milestone in Colorado law, it left lawmakers scrambling to create new regulations and guidelines for as to how marijuana would be regulated going forward.

One such consideration that lawmakers had to address was how to amend the state’s impaired driving laws in order to account for drivers who may smoke marijuana and then get behind the wheel. Ultimately, it was decided – and codified in statute – that Colorado drivers will be guilty of driving under the influence of drugs (DUID) if their blood contains five nanograms or more of THC per milliliter.

However, there has been some debate regarding the five-nanogram limit in Colorado. For instance, given that THC is absorbed into fatty tissue, it can remain in the blood well after the effects of marijuana have subsided, especially in those who are regular marijuana users – such as people who use the drug for medical purposes. In fact, patients who use medical marijuana may never be under the five-nanogram limit.

Despite the contentious nature of Colorado’s five-nanogram limit, marijuana users in Colorado need to know that they are still subject to strict impaired driving laws. For instance, all persons arrested under suspicion of DUID in Colorado are required to take a test to determine the presence of marijuana in their blood, saliva or urine. This requirement is based on Colorado’s expressed consent law, which states that anyone driving on Colorado roadways “shall be deemed” to have already given consent to such testing.

Consequently, a driver cannot refuse a drug test after being detained for a DUID without facing penalties. This means that habitual marijuana users, or those who use marijuana for medical purposes, are left with two possible bad options: Take the test and risk being over the five-nanogram THC limit (even though the effects may be long gone), or refuse the test and face additional punishment. This conundrum sounds like the perfect time to call a DUI attorney.

Indeed, if a driver refuses a drug test following a DUID arrest, he or she may have his or her license revoked for one year. A second refusal results in a two-year revocation, while a third, and all subsequent, refusals will lead to a three-year revocation. Even more, a refusal to take a test can be admitted as evidence against the driver if he or she is ultimately charged with driving under the influence of marijuana.

Given the new nature of most marijuana-related laws in Colorado, it will take some time before the public has a full understanding on what is legal and illegal. Accordingly, if you are currently facing criminal charges related to marijuana use, particularly driving under the influence, it is often best to seek the counsel of an experienced DUI defense attorney. A skilled attorney can assist in navigating new Colorado laws and help ensure your rights are protected.