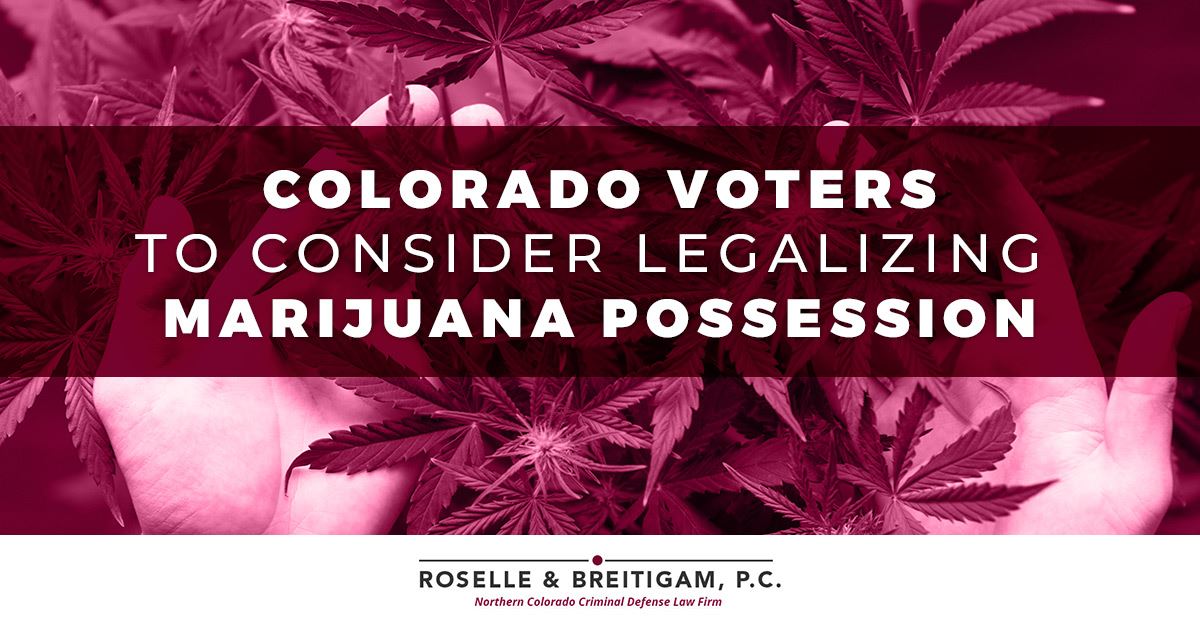 When Colorado voters cast their ballots in the November 2012 election, they will have the opportunity to decide the fate of a proposed law that would make it legal for adults to possess up to one ounce of marijuana or cultivate up to six plants for personal recreational use. Supporters of the law advocate the potential cost-savings for the state, but those against the proposal cite the conflict with federal drug laws. The proposed change would potentially reduce the number of people facing penalties for drug charges in Colorado.

INCOME FOR THE STATE

The proposed law contains a provision for regulating marijuana sales, as well as establishing sales and excise taxes on marijuana. The first $40 million in tax revenue that marijuana sales generate would be earmarked for constructing public schools. Any further tax revenues would go into the state’s general fund.

The proposed law would also make growing industrial hemp legal in the state.

Colorado, along with 15 other states in the U.S., already allows people to use marijuana medicinally for certain health conditions. However, marijuana is still illegal under federal law, and the federal government has begun to devote significant resources to cracking down on medical marijuana. The U.S. Department of Justice began to vigorously pursue medical marijuana dispensaries in the early part of 2012, organizing raids and threatening landlords where dispensaries were located with eviction.

The Colorado Attorney General opposes the proposed measure. However, more people across the country seem to approve of legalizing recreational marijuana. An October 2011 Gallup poll showed 50 percent of respondents favored marijuana legalization, up from 36 percent in 2006.

Even though the state is considering legalizing marijuana possession, state and federal authorities still take drug charges very seriously. They will not hesitate to prosecute such cases to the fullest extent possible. If you are facing drug charges, talk to an experienced criminal defense attorney who can help protect your rights.