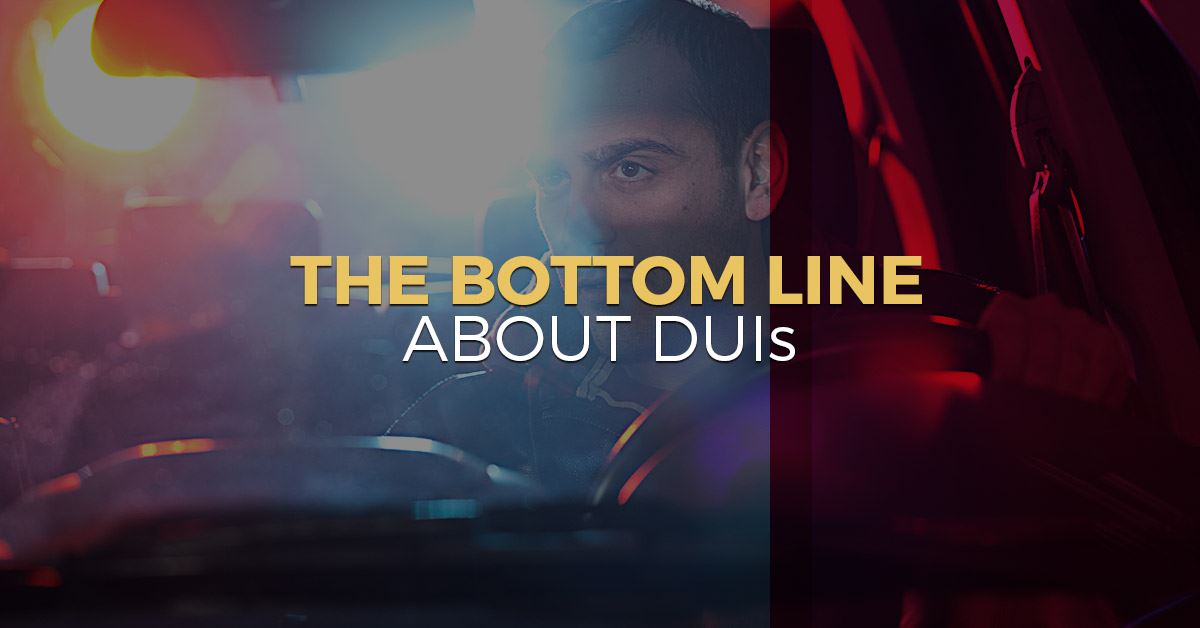 With school starting back up again, we wanted to go over some DUI information to ensure you stay safe while on the roads. As DUI attorneys, we know what a danger it can be to drink and drive. Even if you have a little bit of alcohol at dinner or at the bar with your friends, you can still get a DUI. In the State of Colorado, we have DWAIs and DUIs. Both of these charges can leave you with serious consequences. In today’s blog, we’re going to dive into the nitty-gritty of the bottom line of DUIs. Are they as dominant in our societies as they are advertised to be? What are the risk factors and what’s the truth about blood alcohol content levels?

If you’ve recently gotten a DUI, then it’s important that you take the time to contact a reliable lawyer who can get you out of the sticky situation. We will help you strategize for your upcoming court date as well as prepare for your case to the best of your abilities. By applying intelligent legal strategies, applying experience, and knowledge, we’ll defend you in court and make sure your Constitutional Rights are upheld. Roselle & Breitigam, P.C. focus on areas such as DUI, student crimes, felonies, and misdemeanors.

ARE DUIS A PROBLEM IN AMERICA?

To get down to the substance of DUIs, we decided to go right to the CDC, also known as the Centers For Disease Control and Prevention, to figure out the statistics and address the question at hand: Are DUIs a problem in America? According to the CDC, every single day there are 28 people who die in motor vehicle accidents by an alcohol-impaired driver. That means there is one death every 51 minutes. In addition, the yearly cost of alcohol-related crashes is a total of more than $44 billion. Do you think there’s a DUI problem in America after knowing those statistics?

Drinking and driving alone is a risk you are taking. If you don’t want a DUI, then don’t get in a car after having a few too many. Even if you claim to be the most together driver in the world when driving, that doesn’t mean you’re going to always be safe. With so many apps out there to pick you up when you’re drinking, it’s important that you take advantage of them even if they cost you a few bucks. The risk factors when it comes to drinking and driving are much greater for younger people than older people when it comes to getting in an accident. Additionally, if your BAC is higher than 0.08 percent, which is the legal amount, then you have a higher chance of getting into an accident. The average amount of people getting in a crash is three in 10. The percentages go up the lower you go in age as well. People between the ages of 21 and 24 have a 28 percent more chance of getting into an accident, people between 25 and 34 years of age have a 27 percent chance, and those between 35 to 44 have a 23 percent one.

These facts were taken from the CDC to show the problem of DUIs in the United States.

If you find yourself behind the wheel after drinking, then contact a DUI lawyer from Roselle & Breitigam, P.C. today.