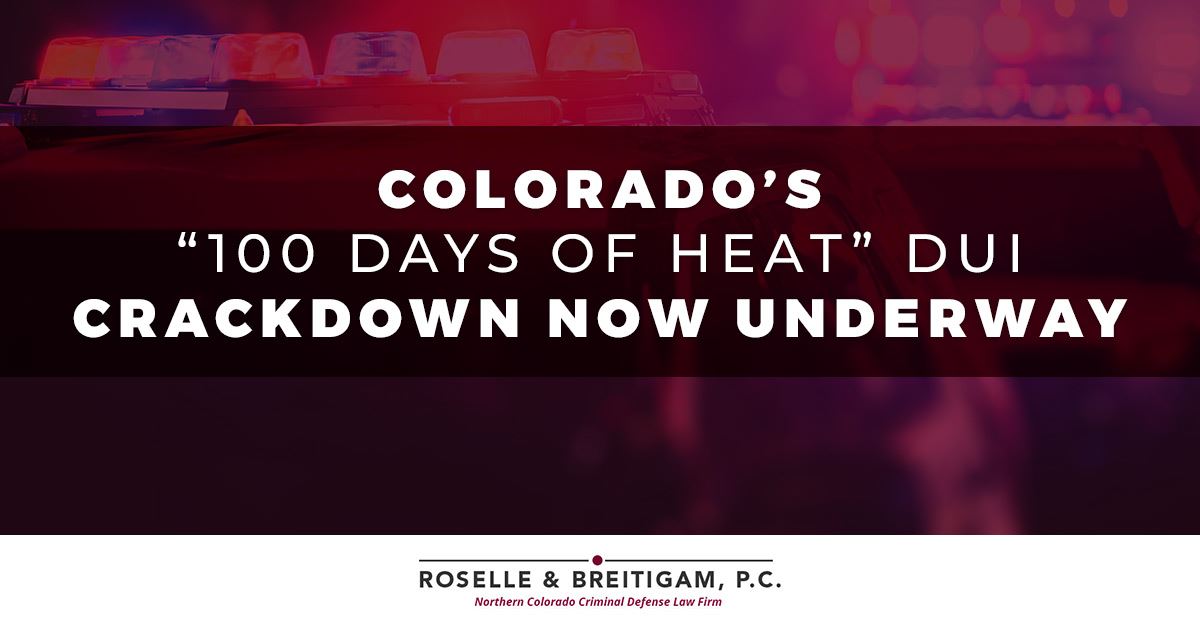 For Colorado drivers, Memorial Day weekend marked the kickoff of a summer driving under the influence crackdown nicknamed “100 Days of Heat.” The statewide initiative is a collaborative effort between the Colorado State Patrol and local law enforcement agencies across the state to keep intoxicated drivers off the road during the summer months, typically peak season for alcohol-related accidents in Colorado.

According to news reports, law enforcement authorities arrested more than 2,634 Colorado drivers for impaired driving during the 100 Days of Heat enforcement period in the summer of 2011. The intensified DUI enforcement effort involves increased patrols throughout the state, as well as sobriety checkpoints in some areas.

In Colorado, anyone found operating a motor vehicle with a blood alcohol level of 0.08 percent or above can be charged with driving under the influence. The penalties for conviction of a first-time DUI offense in Colorado may include:

A driver convicted of DUI in Colorado may also be required to pay an additional penalty surcharge of as much as $500, as well as court costs, fees, and other penalties. The legal consequences of driving under the influence in Colorado increase substantially with repeated convictions or the presence of other factors, such as causing a death or injury, or driving with a BAC of 0.17 or above.

If you are arrested on suspicion of driving under the influence in Colorado, contact an experienced DUI defense attorney right away. A knowledgeable attorney can help make sure your rights are protected and will work hard to minimize the negative consequences of your arrest and the charges against you.