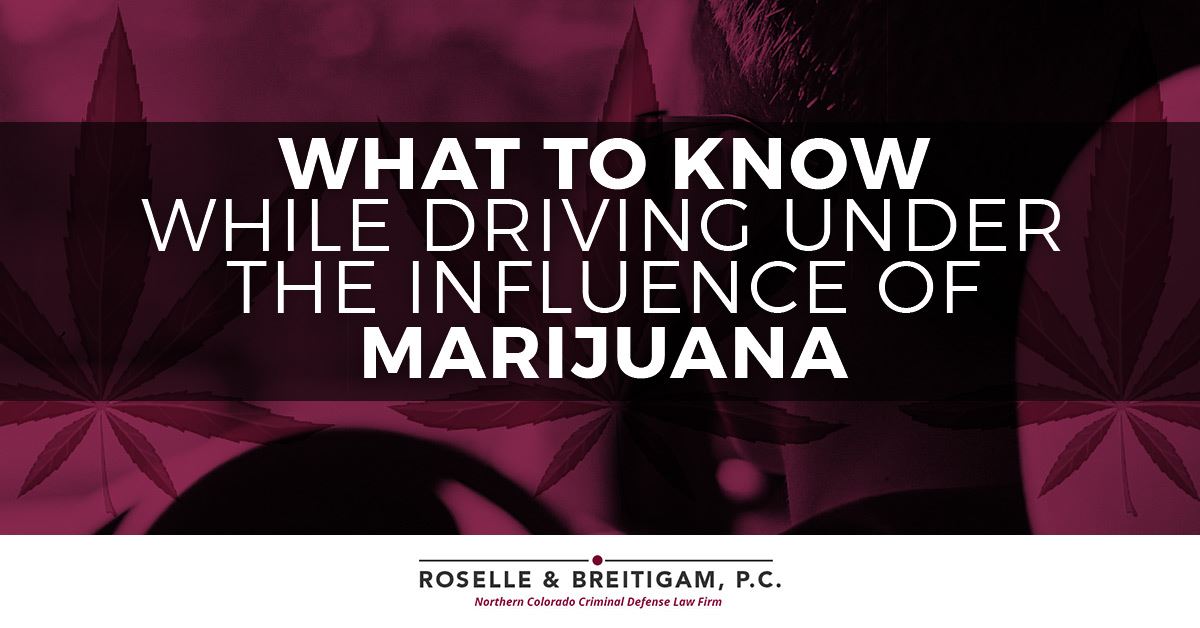 In 2012, Colorado and Washington became two of the only states in the country to legalize recreational marijuana. Other states had legalized medical marijuana, but Colorado and Washington became the first two states to implement recreational. Many celebrated all over both states and, in turn, more people began to flock to the two states. However, there were still some concerns when it came to the legalization of marijuana. One of those concerns was how to figure out how to handle drivers in both of these states. Unlike alcohol, you can’t blow into a breathalyzer to figure out if you’re too under the influence of marijuana to be driving on the roads. In Colorado, it was decided that there needed to be a standard to define if you were too under the influence to be operating a vehicle. That ingredient to determine your state of awareness is tetrahydrocannabinol or THC and how much it was present in a person’s bloodstream while driving to figure out if they could be charged with a DUID. In today’s blog, we’ll be going over the intricacies of driving while under the influence of marijuana and the consequences you can face when you’re caught.

MARIJUANA LAWS IN COLORADO WHILE DRIVING

When marijuana was introduced in the state of Colorado, there were many laws that had to be implemented, especially to deal with the federal government. The federal government hasn’t legalized marijuana, so there were many considerations to take into account. For instance, using marijuana cannot take place on federal land such as national parks. Additionally, it cannot be taken over state lines. Below is a brief overview of laws about driving with marijuana in the car in Colorado.

POSSESSION IN A CAR

When you possess marijuana in a vehicle, you need to follow the state rules. For example, similar to open container laws, marijuana can’t be open while in a vehicle. Instead, marijuana needs to be sealed while in a vehicle and it can’t be near the driver or passengers. It would be best if marijuana was in the trunk of the car while you’re driving. Additionally, if the seal to a marijuana container is open, then you can be charged with a traffic offense, especially if some of the contents have been consumed and there’s evidence of use in the vehicle. Medical and recreational marijuana is considered to be just as illegal to use while driving. Furthermore, you can be arrested while driving impaired on either marijuana category. If there is evidence of using marijuana in your car, then you’ll get a Class A traffic infraction. However, even though the infraction isn’t too bad and the fine is under $100, it will stay on your record as a drug infraction and possibly prohibit you from future jobs with background checks.

WHAT HAPPENS WHEN YOU HAVE MARIJUANA AND ARE DRIVING?

If you decide one night to drive home while high on marijuana, then it can be treated the same as a DUI in the state of Colorado. Driving while impaired is taken very seriously. In Colorado, there are both DWAIs, DUIs, and DUIDs. If you’ve been caught driving high, then you’ll receive a DUID, which is the more technical term for Driving Under The Influence Of Drugs. In short, driving while intoxicated is dangerous no matter what you’re on: alcohol or drugs. You’re impaired physiologically. Your hand-eye coordination isn’t the best, your concentration is off, you may be tired, your perception of distance isn’t as it should be, and your reaction time if something were to happen, is way off.

Similar to alcohol, there is a legal limit of impairment in Colorado. Five nanograms of active tetrahydrocannabinol are the legal limit of marijuana. This amount is per milliliter of whole blood. The officer who pulled you over will base the arrest on the observed impairment. The arresting officer is aptly trained in observing those who may be impaired, so he or she will be able to tell if you are impaired.

CONSEQUENCES OF DRIVING WHILE HIGH

The consequences of driving while high are very similar to the ones while driving drunk. You’ll be arrested and charged with a DUID, which will include penalties. You’ll need to consent to a drug test as well that consists of breath, blood, and urine. When you’re convicted of a drugged driving charge, it will be considered to be a prior offense and can result in fines, jail time, and a suspended license.

If you’ve been charged with a DUI, DWAI, or a DUID, then contact a DUI lawyer today from Roselle & Breitigam, P.C. Located in Northern Colorado, we specialize in an assortment of areas from drug charges to probation revocation.