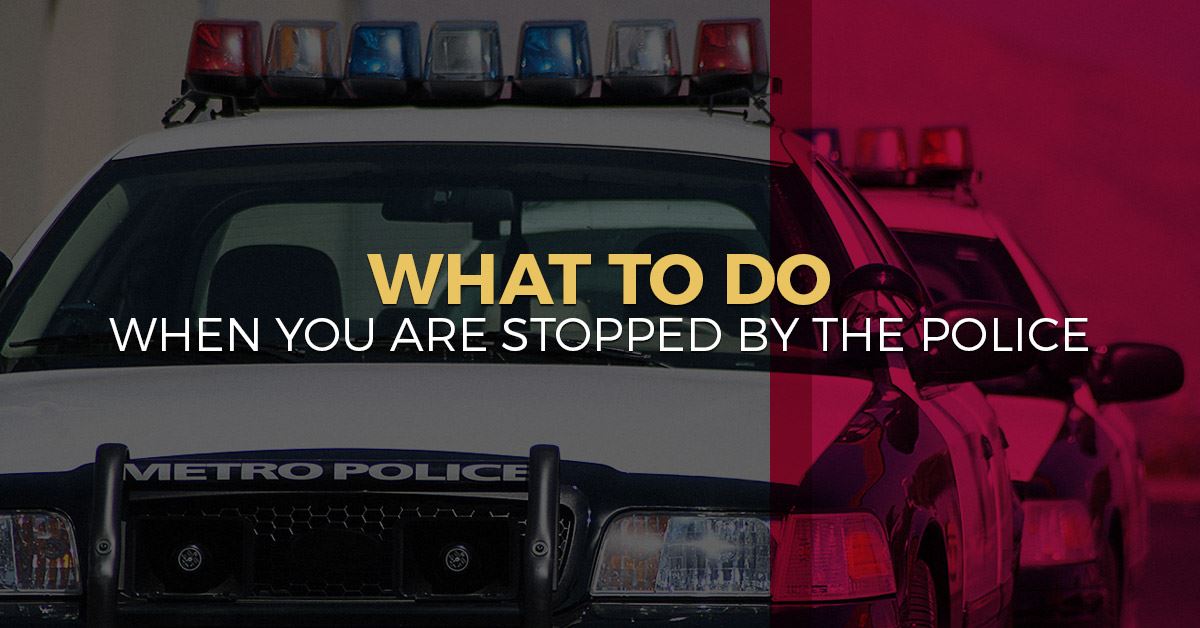 With school back in session, Halloween parties coming up, and the roads getting slicker with the cold weather, getting pulled over may just be inevitable. Everyone has gotten pulled over at least once in their driving career for a mistake while driving, but anytime it happens you feel a pit form in your stomach as you wait for the police officer to give you an enormously expensive ticket. You can avoid getting pulled over by abiding by the traffic laws as well as not drink and drive, but sometimes you find yourself in a situation where you had to drive and you subsequently get pulled over. At Roselle & Breitigam, P.C. we don’t encourage driving intoxicated, but if you are charged with a DWAI or a DUI, then our DUI attorney can be of assistance.

WHEN YOU SPOT A POLICE CAR TAILING YOU

You’re driving down the street, and you may have had a few too many to drink at the party you were just at or at the bar. While driving you spot a police car that just suddenly crept up on you. He pulls behind you and before you know it those cherries and berries are flashing behind you. You feel your stomach drop in anxiety and you start to feel sick to your stomach as you pull over immediately in a safe location. Following the procedure, you come to a complete stop on the side of the road or if it’s night a brightly light gas station, then you turn your car off while trying to maintain your composure.

You may think that stopping right away is an admission of guilt, but it isn’t. As a matter of fact, it’s better if you stop immediately because you have a better opportunity to get on the good side of the officer as well as figure out how you violated any traffic laws. Remember, a police officer can’t pull you over unless you’re exhibiting suspicious behavior. By pulling over as quickly as possible, if you are charged with something you’ll be able to tell your DUI attorney useful information to prepare for a defense. Make sure when you do pull over that you use your turn signal, you don’t move your car erratically, and that you slow down quickly, but not halting so rapidly that the officer crashes into you. Additionally, when you do pull over, you move the car over far enough that the officer won’t get clipped by a car while standing at your window.

WHEN YOU ARE PULLED OVER

After you’ve pulled to the side of the road in a safe manner and have turned off your engine, take into account that police officers are very precautious when approaching cars because so many of them have been injured by drivers during a traffic stop. By showing that you’re polite, you’ll demonstrate to the police officer they have nothing to be wary of. Show courtesies countries by rolling down the window, popping in a piece of gum if you have it in the car, put your cigarette out in your car, and turn down the music if you were listening to the radio. Additionally, you’ll want to place your hands at 10 and two on the steering wheel so the officer sees them and knows you aren’t reaching for a weapon.

WHEN YOU TALK TO THE OFFICER

When the officer approaches your car, be calm, collected, polite, and respectful. You don’t want to approach the police officer with hostility or say things that are unnecessary. You should allow the officer to ask the questions and do the questioning and take the time to respond when appropriate. When you are asked to hand over your proof of insurance, registration, and license, you should be agreeable. If the officer is rude, then don’t allow that to coerce you into talking aggressively or lash out. You don’t want to find yourself in the back of a cop car; instead, despite the police officer’s attitude you should maintain cooperative and provide the necessary information. Some lawyers say that officers have already decided whether to give you a ticket before he or she even approaches the car. While it may be tough to know exactly what to say to the police officer’s questions, you should stay calm and polite and not argue. Remember that you have the right to stay silent.

Roselle & Breitigam, P.C. caters to the Northern Colorado area. We strive to help those who have found themselves in a sticky situation with the law. As DUI attorneys, we have the necessary experience to create a strategic plan when you are facing a misdemeanor or a felony charge. If you’ve found yourself charged with a DUI, DWAI, or you were pulled over and were charged with a misdemeanor or felony, then our law firm can help you out.