Justice was fair in DUI Case

I was referred to William by a friend of mine when I was charged with a DUI. The police officer that arrested me was self righteous and very underhanded, and tried his best to make me admit to being intoxicated even though I wasnt. I work for the government, and have a Top Secret security clearance so being charged with a DUI would have ruined my career. William worked with me throughout the entire ordeal, even when I was deployed to Afghanistan. In the end I got what I deserved, a careless driving ticket. William defended me brilliantly and ensured that justice was fair. I cannot thank him enough. 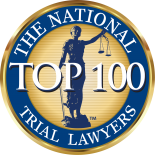